We design, build and sell spaces made for living your good life. Due to the custome nature of our business, we do not build a lot of homes each year, but we pay great attention to the homes we do build. We help deliver homes to accommodate families of all sizes and ages who have non-conforming challenges. The bottom line? Our guarantee is simple - *If you are not happy with your home, we will take it back and return all of your money. We handle all the complex stuff so that you can enjoy the process of buying your home.                  * Minor exclusions may apply. 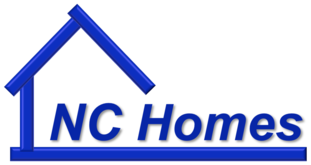 Who is NC Homes, LLC

We are a team of experienced NC licensed general contractors, developers of fine neighborhoods, innovative real estate investors and entrepreneurs who are passionate about helping our customers achieve their goals. We are investors, home designers, licensed general contractors, home inspectors, interior designers, and much more who bring our extensive experience to bear on your project. With decades of experience in private real estate, NC Homes, LLC provides timely and creative services to our clients. We'll pair you with the best property and the best program for purchase that also meets your requirements. We can help in many ways:

Mike Wilson has been building custom homes since 1985, and it all got started in West Springfield, MA. As a father with a young son in 1985, Mike saw the need for his toddler to have a better back yard in which to play and grow up in. At the time, Mike was running a Roofing and Remodeling Company and asked a local developer if he could buy one of his lots to build a new house for his young family. Living for a few years in an aging 1927 home had become an excellent training-ground to learn about all the aspects of building. That developer soon helped Mike get introduced to the world of new home construction. Mike pooled together the best team of subcontractors he could find and six months later the Wilson's moved into their new home.

Progressing along each year as a home builder, Mike continued to gain valuable experience and training in all aspects of the business, and eventually earned his way into the best new neighborhood in town as one of three premiere home builders in the community.

A decade later, amidst a declining New England housing market, the Wilson's decided to move South to Raleigh, NC, and in 1994, Mike began working in some of North Raleigh, Cary and Wake Forest's finest new neighborhoods, building upscale custom homes along side some of the Triangle's most respected builders.

Thirty-two years after building their first house, the Wilson family is still proud to call Raleigh their home.

Mike's now 34 year-old son Stephen Wilson, a young father himself, is our Acquisitions Manager. Stephen works to identify and acquire new building opportunities for NC Homes as well as many other key contributions to the company, including strategic planning and business development.

Lori  is our designer with many years of time-tested experience, and impeccable taste. She stays on top of the trends and makes our homes sizzle! Lori spends LOTS of time with our clients, helping them to accent their project with style and class!

Geoff, our Production Manager, is experienced in overseeing the daily activity of the building of your home to the highest standard. Our clients have a great manager in Geoff as he orchestrates the build.

We contract with the absolute best sub-contractorsto deliver for your family a home that is not only built very, very well, but looks and functions extraordinarily great. From Design to Construction to Finish, we work hard on every home is all price ranges to make it the best it can be!